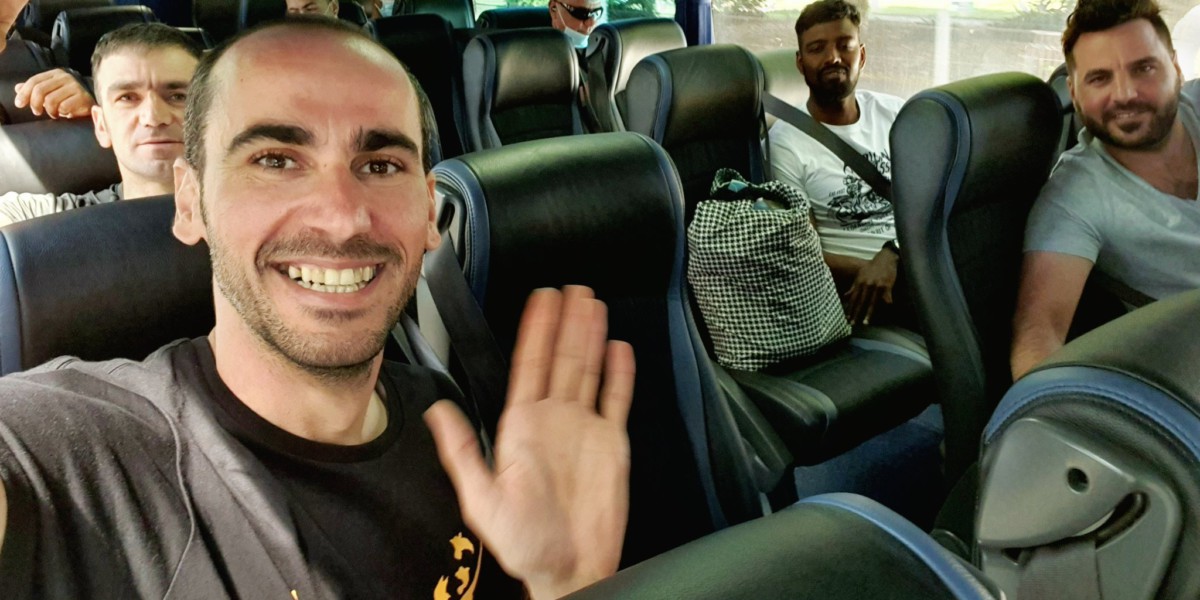 It would have been easy to miss the news that the government is quietly releasing refugees from detention.

“This is the most beautiful moment of my life and one that I would like to share with you all. After 2,737 days locked up in detention – I am free. Thank you to all of the amazing people who helped me to stay strong.” Kurdish refugee Moz Azimi (Mostafa Azimitabar) on Twitter.

Yesterday a third group of refugees, including one woman, brought to Australia under now-repealed Medevac laws were released from immigration detention in Melbourne.

Earlier, two groups totalling 46 men were released from the Melbourne Park Hotel, which had become the site of daily protests after the refugees were transferred from another Melbourne hotel late last year.

They have been given bridging visas which will allow the refugees to live and work in Australia and have access to Medicare for six months.

Department of Home Affairs said in a statement, “The individuals residing in the alternative places of detention were brought to Australia temporarily for medical treatment. They are encouraged to finalise their medical treatment so they can continue on their resettlement pathway to the United States, return to Nauru or PNG or return to their home country.”

Why is this happening?

The refugees and their advocates were given little explanation why they have been released now.

Peter Dutton said the decision was based on the cost of holding people in the hotels. “It’s cheaper for people to be in the community than it is to be at a hotel or for us to be paying for them to be in detention.”

Dutton’s comment underscores the staggering cost of Australia’s refugee program, including the $6 million reportedly spent to house and attempt to deport the Biloela family of four on Christmas Island in 2020.

Asylum Seeker Resource Centre humanitarian services director Sherrine Clark told ABC Radio Melbourne her “cynical” side believed they were being released because regular public protests and pressure from the detainees themselves had made it an uncomfortable issue for the government.

“The hopeful side is that they’re finally understanding that people came here for really important medical treatment, their years of indefinite detention offshore have caused significant health and mental health issues, and it’s time for the Australian Government, Australian people to understand the particular circumstances for these people,” she said.

Influence of the Biden administration

Claire Higgins from the Kaldor Centre for International Refugee Law at UNSW writes in The Conversation that revitalising the US refugee program is a priority for the Biden administration. It is also revising US asylum policy for those seeking protection at the borders.

If history is any guide, the new president’s forward-thinking approach could help drive Australia’s commitments to refugee protection, as well.

Over the past four decades, the United States and Australia have contributed to international refugee resettlement through planned annual admission programs.

It is likely the Morrison government will come under pressure to not just act on the climate emergency, but on its immigration policy as well.

What happens to those in detention?

Last month Guardian Australia examined the fates of 3127 people who were sent into offshore detention between between July 2013 and December 2014. It found that:

1000 were in detention in Australia after being evacuated from Manus and Nauru under the now-repealed Medivac legislation.

750 returned voluntarily to their home states, while 20 were forcibly deported.

900 have settled in a third country including 870 in the US.

13 people died mostly due to suicide or medical emergencies.

How you can help

The government is under mounting pressure to resolve the refugee detention crisis. You can help by keeping up the pressure and continue to speak out.

The Asylum Seeker Resource Centre offers a number of ways to get involved.

You can join their call for help right here: https://asrc.org.au/take-action/

Craig Foster, former Socceroo and human rights advocate backs the Game Over initiative to free refugees from Nauru and Manus.