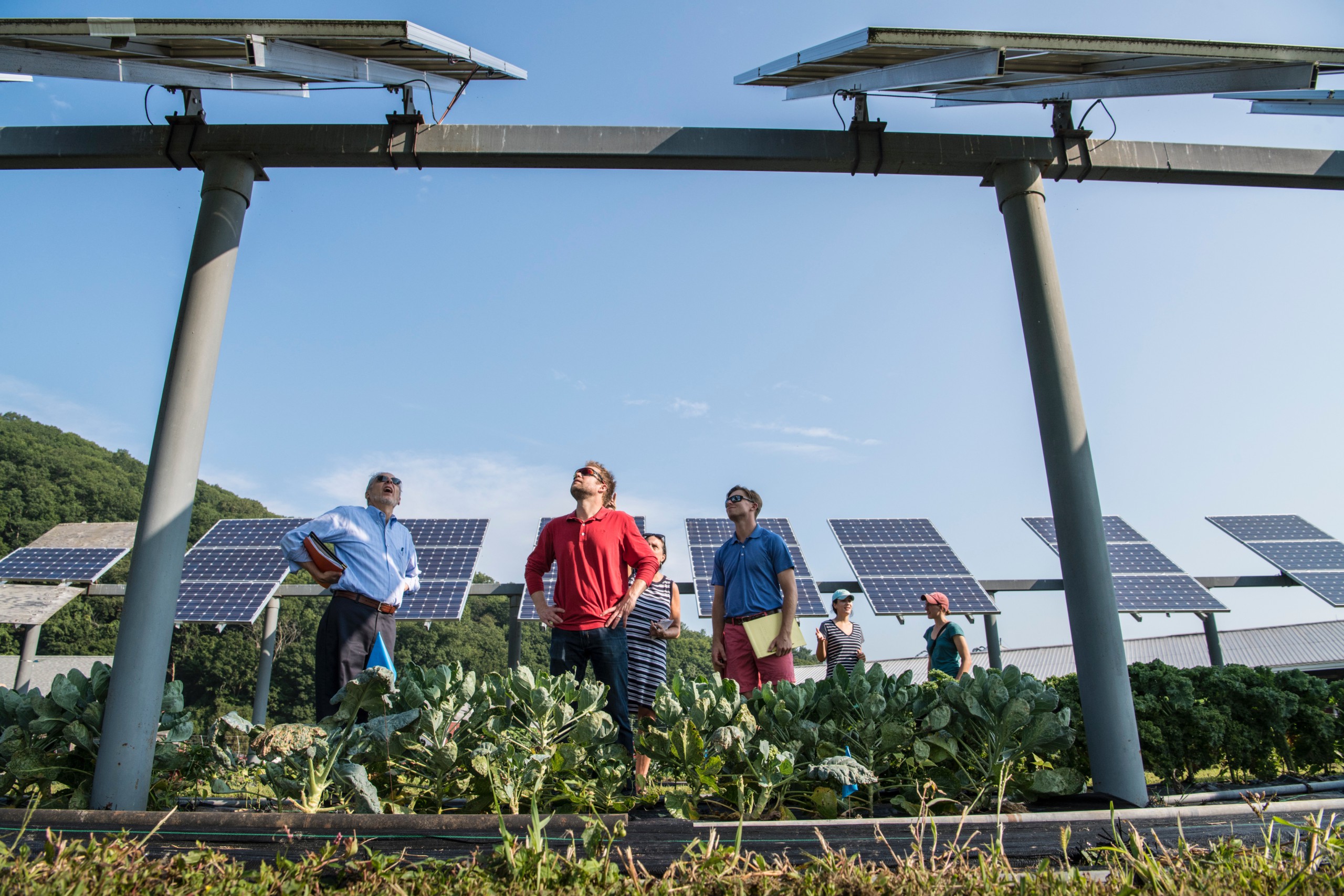 Australia is inching closer to a no-emissions future. States and territories have long implemented measures to tackle the crisis and now, finally, the federal government is changing its tune. In talks with John Kerry, the US special convoy for climate, Morrison quietly reiterated his intention to reach net-zero emissions “as soon as possible and preferably by 2050.”

Now, a new research paper found that this target could be achieved as soon as 2040 by doubling the pace at which solar and wind power is being rolled out.

Solar and wind energy are now the cheapest forms of new electricity generation. The renewable energy industry has grown to 30 per cent of the market – it’s worth an annual $11 billion and employs 27,000 people.

The expansion of large-scale solar and wind energy was first driven by the national renewable energy target and continued on by state renewable schemes and buy-in from large businesses.

But the most rapid growth comes from household rooftop solar systems. Today, about one in four homes have rooftop solar panels, a larger share than in any other major economy, and the rate of installations far outpaces the global average.

We are well ahead of Germany, Japan and California, which are widely considered leaders in clean energy. In California, which leads US states in the use of solar power, less than 10 per cent of utility customers have rooftop solar panels.

Now, a new report by the ANU suggests that Australia could wipe out 80 per cent of its greenhouse gas emissions in two decades by doubling the pace at which solar and wind power is being rolled out.

Australia installed about seven gigawatts of renewable energy in 2020, roughly equivalent to that produced by a large coal-fired plant. The authors of the report found that doubling that annual rate to 14 gigawatts could put the country within striking distance of net zero emissions within two decades.

Under this calculation, the country would have a near 100 per cent clean electricity grid – backed by stronger long-distance transmission, battery and pumped hydro storage and demand management programs – as well as heating and transport systems that ran on renewable energy rather than gas and oil.

Hard but not impossible

The report shows once again that there are solutions to get to net-zero emissions. We must replace our 19thcentury energy sources with 21st century alternatives by looking at low-emissions technologies.

The research says that the rapid transformation is achievable if the country treated electricity as it would highways or the NBN by focusing on the transmission infrastructure needed between the states and from regional renewable energy zones to cities.

Some states have started to support this change already – now we need the federal government to follow suit. It will be hard, but not impossible.